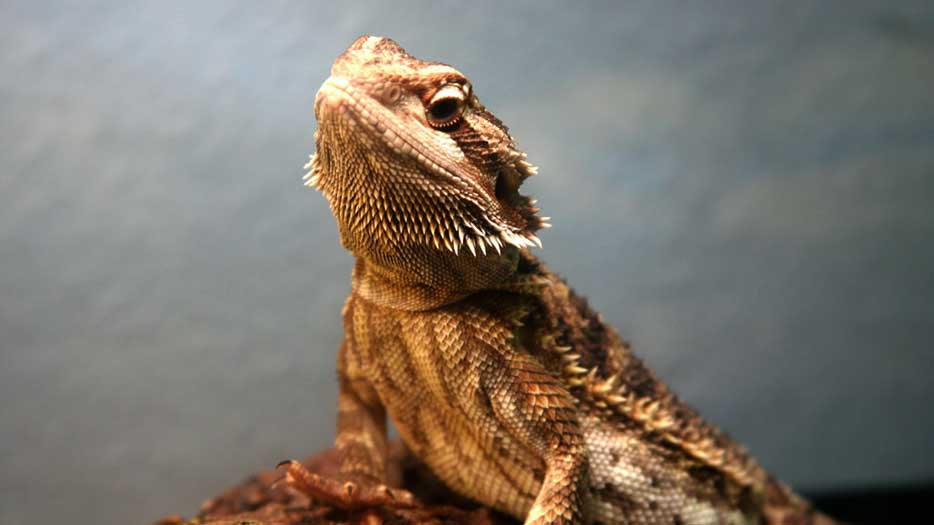 Fun Attribute: We use head banging to scare off threats!

Native Region: Most of Australia.

Smaug is a Bearded Dragon. Bearded dragons get their name because of the area under their chin. When the dragon feels threatened, they bulge this area out, and it turns black to intimidate the threat. They are native to Australia, and enjoy sunbathing on rocks. As pets, this reptile is unique in that it actively seeks interaction with people. They are a calm, gentle lizard with personality.

Smaug came to use through another rescuer who had found him abandoned in a pet store. He is such a ham and loves human interaction so much, we decided that he should join the ambassador team! We often think of dogs needing a job, but the same can be true of any animal in captivity. Being an ambassador helps to give Smaug a full and happy life all while bringing joy and fun to others. It doesn’t get much better than that!

Bearded Dragons can weigh over 6 Lbs.

Approximately 2 times as heavy as a human brain!

Bearded Dragons can be up to 2' long

Can grow taller than a bowling pin.

Blends in with dirt, sand and bark.

Bearded Dragons have a venom! But, it can't hurt people.

We have fake spines to scare off predators.