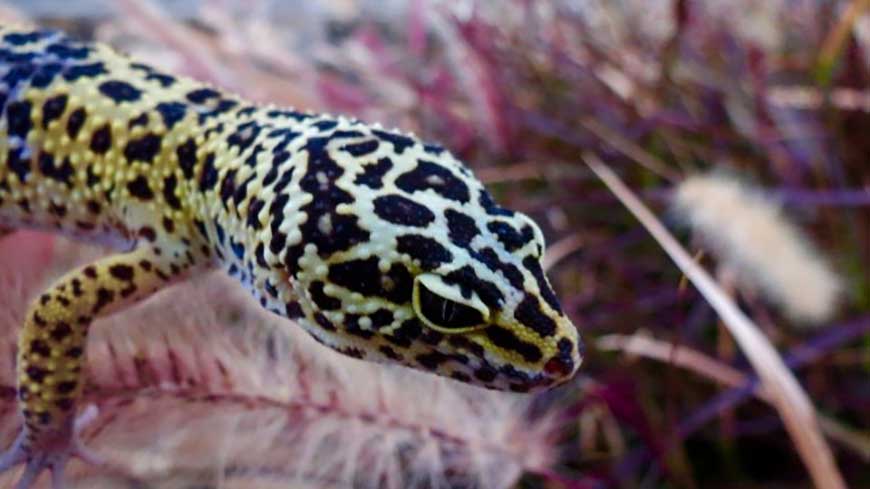 Fun Attribute: We don't just have leopard spots, we hunt like a cat too!

Native Region: The highlands of Asia and throughout Afghanistan, to parts of northern India. 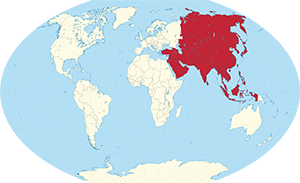 Jinni is a Leopard Gecko. Leopard geckos get their name from the leopard-like spots that cover the backs of adult leopard geckos.They are indigenous to the Middle East and parts of Northern India. The most notable trait of leopard geckos is their unusually gentle disposition.Leopard geckos have a tail that can detach if grabbed by a predator, giving them time to escape, fat stored inside their tail allows them to survive times of famine. They also shake their tail as communication when hunting, mating and defending territory. They are very pretty lizards that come in a variety of colors.

Jinni belonged to a lady who got her as a companion for her male leopard gecko. After laying 4 consecutive clutches her owner realized they would need to be separated. Jinni’s owner decided that she did not have the time to provide both pets with the attention and interaction that they need, and so she placed her with us so that we could offer her the life she deserves.

About as heavy as a tennis ball.

Almost as long as an average man's foot.

Leopard Geckos are yellow to brownish-orange base with spots.

Blends in with grass and earth.

If a predator grabs us our tail can come off so we escape. We can even grow a new tail!

During the cold of winter Leopard Geckos enter a semi-hibernation state.