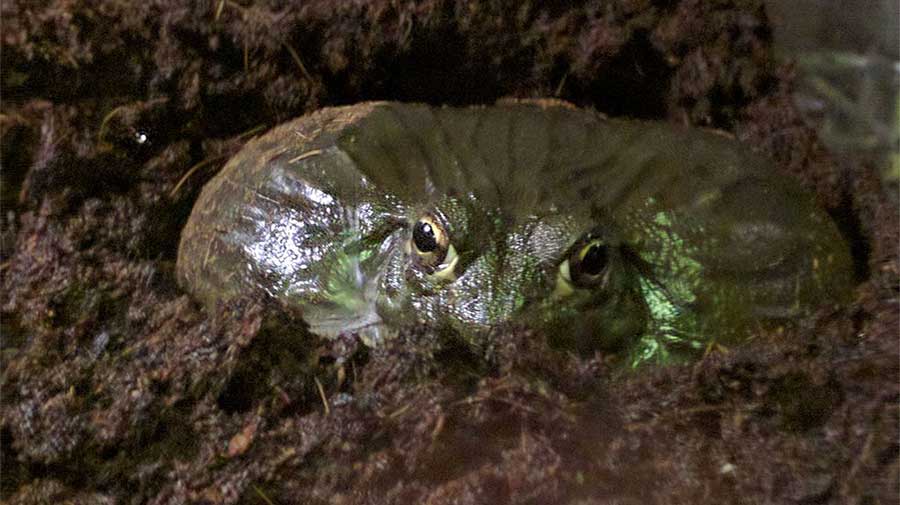 Fun Attribute: We are good dads! 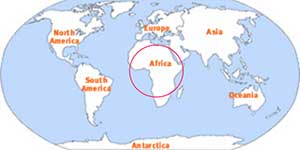 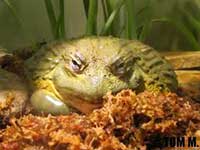 Jeremiah is a Bullfrog – an African one that is! Pixie frogs are sometimes referred to as African Bullfrogs due to their large size. They can get up to 10 inches long and weigh up to 4 pounds! They are the largest amphibian in Southern Africa, and the second largest frog in the world.

During droughts and temperature extremes they live in burrows under ground that they dig with their back feet. Like most amphibians, these frogs eat mostly insects, but they can also eat mice! Did you know that frogs are very important to the ecosystem, and because they spend a lot of time in the water, researchers can learn a lot about the health of the water system by studying them.

African Bullfrogs weigh up to 4.4 lbs.

Almost as heavy as a Chihuahua!

Almost as tall quart of milk.

African Bullfrog's are brown and green.

Blends in with soil, plants and logs.

Pixie Frog males protect the tadpoles until they can fend for themselves.