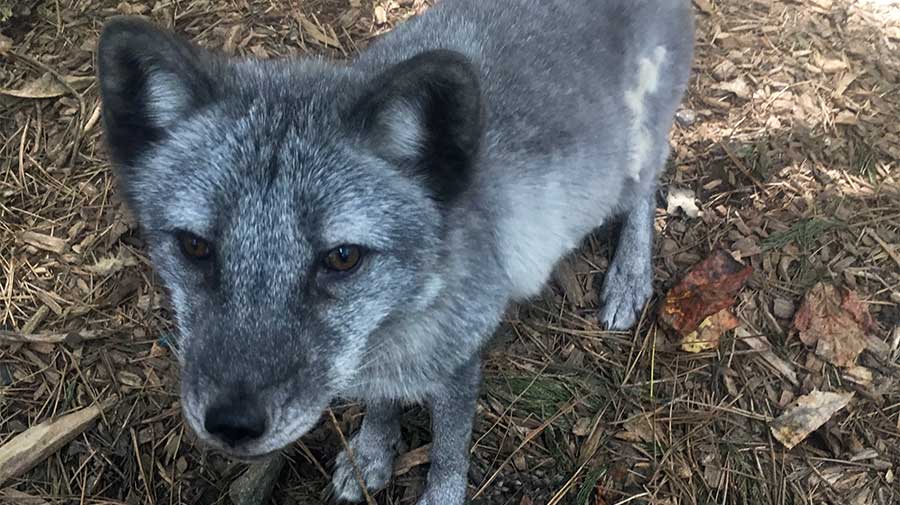 Life Span: 3-6 years in the wild up to 14 years in captivity 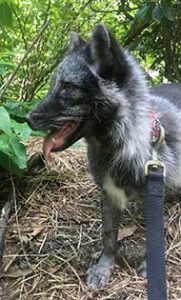 Meet Griffin & Ygritte, our arctic foxes, we are so happy to have them as a part of our Enchanting Animals family! Arctic foxes are beautiful animals, in the winter their coat is white to blend in with the snow, and in summer it is grey. They live throughout the Arctic tundra, and are the only native land mammal in Greenland. Compared to other foxes, their bodies are compact – this helps them to retain heat. Arctic foxes primarily eat a type of burrowing rodent called a lemming. The fox uses its amazing hearing to locate the rodent under the snow, then leaps straight up in the air and dives into the snow to catch it.

Foxes do not make good house pets. Griffin had a tough time finding his forever home before coming to us. He started as a pet, before being taken into a shelter. When the shelter closed their doors he moved to another facility before finally coming home. Griffin is a character! He is silly, mischievous, playful and affectionate. He LOVES car rides and going for walks in new places. Griffin had very little training before coming to us, but he is smart, curious and highly food motivated, so it didn’t take long at all for him to learn!

Ygritte came to us at about 4 years old, she belonged to an elderly lady who could no longer keep up with her care needs. Ygritte was badly matted, heartworm positive and had a badly infected tooth that needed to be removed. Despite her poor health, she was sweet as can be from the start! This poor baby had to undergo months of heartworm treatment and limited activity, but now she is happy, healthy and ready for adventure!

Heavier than a boot.

A little larger than a house cat.

Grey in summer and white in winter.

Fur looks like snow in winter & shadows in summer.

Has the warmest fur of any animal in the arctic.

Can survive temperatures as low as -58 degrees.