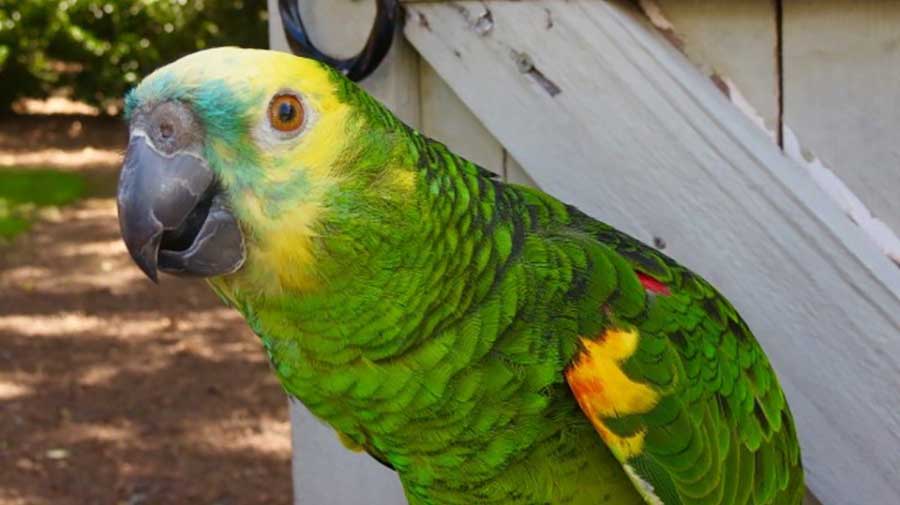 Fun Attribute: We can talk! 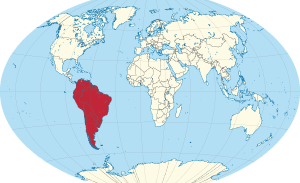 Captain Scallywag
When Captain Scallywag came to us in 2017 he was thought to be 10-12 years old. He is an Orange-winged Amazon Parrot. These parrots are native to South America, but have colonies in places like London, England, where they were accidentally introduced. Orange-winged Amazons eats fruits, nuts and seeds, and can live well into their 30’s. They are not an endangered animal, but are un-popular in their native environment as they are considered to be an agricultural pest. They are excellent mimics, and are considered to be a fairly noisy parrot type.

Though many rescue stories are tragic, that is not the case with “Scally”. Scally belonged to a couple for over 10 years, and was loved and cared for. His “mom” was a nurse who decided that being a traveling nurse offered opportunities she couldn’t pass up. His “dad” was retired and wanted to have the freedom to stay with his wife rather than having a permanent home location. As they made preparations for their life changes, they realized that they would no longer be able to provide Scally with a stable home. Scally is currently working on his vocabulary and learning to free-fly. Look out for videos of both coming soon!

Lighter than a bag of flour.

Shorter than a riding boot.

Blends in with tropical leaves and flowers.

Parrots love to interact, they are smart, curious & full of personality!